Apples Not Far from the Trees 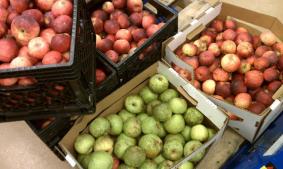 When we recently rebranded our Heart Trails, it was partially due to a need to recognize the growth of craft beverages. We were already proud of our wine and beer but then distilled spirits joined the mix, alongside some new bed & breakfast inns. Everything paired well and we were happy to move into the direction of showcasing all these visitor-related businesses jointly, especially since we wanted to offer our guests more unique stays and experiences. We were thrilled to tip the apple cart when we learned of the opening of Chatham Cider Works (CCW), which introduces a locally produced hard cider made from North Carolina apples.

The cidery is owned and operated by Maureen Ahmad and Jim Crawford. “We wanted to make a cider that tasted like what my family drank on my uncle’s farm,” says Jim. CCW’s hard cider is unfiltered, and higher in alcohol than most other commercial brands. It sits between a wine and a beer in alcohol levels. CCW’s product will be available in kegs and 750 ml bottles. The bottled cider is naturally carbonated, with a final fermentation in the bottle that produces a fine bubble and distinct flavor unlike most ciders that are force carbonated. Hard cider used to be widely made and drunk in the United States, but it died out during Prohibition. It is enjoying a resurgence, with cider makers and consumers discovering how varied the product can be. 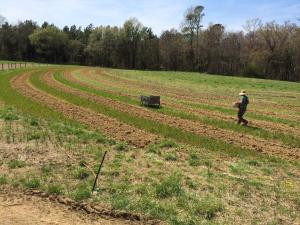 The selection of apples for cider has a significant impact on the flavor. CCW sources apples for flavor profiles that produce a balanced cider with light acidity and tannins. “The fun is tasting different apples and what they produce,” says Maureen. “We’ve made wonderful cider from backyard apples grown right here. We hope to press more backyard apples for a truly local cider later this year.” CCW products will be offered for sale on an ongoing basis at the Fair Game Beverage Co. tasting room and at Chatham Marketplace. 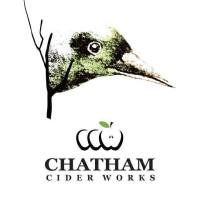 opening event, a tasting celebration at Fair Game Beverage Co. Be among the first to sip the inaugural cider from Chatham Cider Works exclusively at the Fair Game tasting room. Celebrate with them and taste N.C. apple cider, wine, and brandy.
The evening is all about apples; start at 4pm for an apple tree pruning demonstration by Bobby Tucker of Okfuskee Farm at Fair Game’s small-but-strong heirloom cider orchard. Starting at 5pm, they’ll have apple toddies, a continuous jump-in-jump-out game of Apples to Apples, apple treats to sample, and of course, Chatham Cider Works on tap and in bottles. Jim and Maureen of Chatham Cider Works will be on hand to answer questions and show off their brand-new cidery!
$5 for apple tasting includes a sample each of Chatham Cider Works’ brand new cider, plus Fair Game’s bourbon-barrel aged Apple Tipper wine and Apple Brandy.